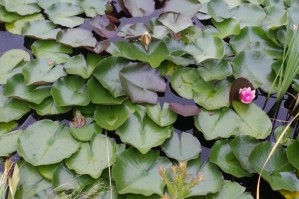 How often Buddhists of all walks of life hear about timeless, silence, landscape, quiet contemplation, all of the above to be surely found on the great budget in rural areas of the Upstate NY.

Buddhism is a spiritual system of personal development that can be thought of as something 2,500+ years old, however it would establish it’s understanding in materialistic terms, which is not the goal. After entering into Buddhist study one will find out about expressions like “Buddhas of three times and 10 direction” which sounds like an absolute statement but uses “times and directions”, set, material concepts. With idea of going beyond to set oneself free we can recall: gate gate paragate parasamgate bodhi svaha: gone, gone, gone beyond, gone completely beyond From the Heart of Wisdom Sutra of the lord Buddha. Thus evaluating Buddhist ideas with tools of already familiar concepts will not help, rather sidetrack. Actual experiences of looking beyond, reaching beyond becomes important. In the Tibetan Buddhist tradition started in Tibet in the 8th Century by Buddhist abbot from India Shantarakshita, Guru Rinpoche the Padmasambhava and by Buddhist King of Tibet Trisong Detsen there were several levels of participation in the spiritual community.

All types Monks, Nuns, Yogis, Sponsors coming together make an effort become effortless in an ideal situation, which is far from the reality here in USA as Buddhism is not at all treated as a well known anything but rather as a curiosity.

As a some one that would answer question such as: “What is your religion?” – Buddhism. I work in a determined way to align  all of my thinking, everyday reactions and contemplations, no matter what activity I may go through that is the goal. To “Go for the refuge to 3 jewels of Buddha, Dharma, Sangha”. The ideal is Buddha, the information on the Buddha and much everything else is the teachings of the Buddha, the Dharma and the spiritual community of people coming together in some way to uphold the Dharma is the Sangha.

While Buddhas are omnipresent, Dharma is ever suitable the community can be always encouraged.

While writing anything on the internet it is easy to misrepresent in a way of making it seem bigger then it is. At the moment I am making this idea available for fundraising and if I were able to raise funds to help me move ahead with, it will be great, however if some one reads the statements and remembers the idea of founding, supporting, joining a community in some way at some point somewhere, this will have got it made as well!

Overview of the project.

I am a householder type with kids and day job. I live in NYC. I am completely out of focus when it comes to making a career in regards to the career. My only true interest over many years is to practice Buddhist teachings.

My goal is to move into rural upstate NY near an existing Buddhist Temple and anchor a community with my skills of almost any kind of construction / maintenance work. As well as many many years of heartfelt interest in Buddhist study and meditation.

The short term plan is to purchase mobile home in an existing mobile home park in area of greater Binghamton. Thus moving into the area on a very low budget.

Mobile home at $6,000. Move in and lot rent cost $4,000. Lot rent is calculated at $300 a month. Providing unassuming platform for low cost housing, with investment into the longer term. The mobile home can be sold at the move out.

Working locally in the area, obtain bank loan and further support through fundraising to purchase land, about 5 acres, where cabins could be built or mobile homes could be parked, with this type of housing tax bill will be minimized. This stage would completely be dependent on participation. The platform for interested people should provide them with very low cost housing near existing temple. Proposed fee breakdown, $3000 as a join-in fee, there after $1 a month as rent, resident will pay their own utilities. As we plan to be near an existing temple, communal building should be minimal.

Private for each group, housing for Monks, Nuns, Yogis at low cost level in an area conducive to meditation.  Continued fundraising in order to create meditation focused only community, without high cost, but with a degree of stability.